Coronavirus: Could the UK’s holiday parks open on a limited occupancy basis?

Holiday parks in Ireland could open over the summer on a limited occupancy basis if a number of key targets are met, it has been reported.

The Irish Times claims that the early stages of plans to start opening up parts of the country’s economy is being discussed by the National Public Health Emergency Team (NPHET).

It is reported that Ireland intends to split its reopening into stages: initial phase, early phase stage one, early phase stage two, middle phases and late phases. The latter two phases could be broken down into more stages, the publication claims. All phases will be spaced out between May and September.

It is understood that holiday parks and caravan parks would be allowed to open in the middle stages on a limited occupancy basis. Travel restrictions would be eased, allowing people to go on holiday outside their home regions but any holidays or breaks would have to be taken in family units only. Social distancing will continue to apply through all phases, the paper states. 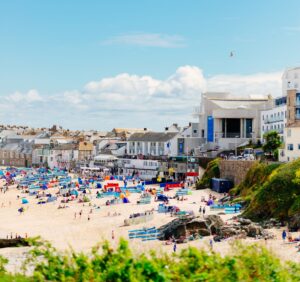 Could the UK follow this blueprint for reopening tourism?

Park owner calls for opening, but restrict areas of travel

The owner of a holiday park in Cornwall has called on the Government to consider the impact on tourism – and said a “one size fits all approach” isn’t appropriate.

Andrew Baragwanath, owner of Ayr Holiday Park in St Ives wants a the government to investigate a potential soft reopening of tourism whereby people would be allowed to travel in areas within their own NHS District, reports Cornwall Live.

“The main emphasis with the lockdown quite understandably is the wish to not overload the NHS,” he said.

“So as opposed to the government just saying ‘lockdown is over, you can travel wherever you want’ which could cause more risks long term harm, they give thought to potentially reopening things up sooner by restricting where people can travel to a set area.”

He suggests that if people are restricted to travelling within defined areas while still maintaining social distancing measures, the potential risk of overloading hospitals isn’t as great as it would be if travel became unrestricted across the board.

He continued: “If, for example, someone from Truro wanted a couple of days away in St Ives and maintained social distancing measures, the risk to the Royal Cornwall Hospital being overcrowded wouldn’t be much different to as it is now.

“But if we suddenly allowed people from a coronavirus hotspot to travel in one go, then the risk of overloading the hospitals down here is much greater as there are more people.

“Even if we only got 25% of our usual trade from people down here being able to explore the area they live in, it’s still business and that helps with retaining staff and looking after the local economy. For instance, we have a number of people who come with their caravans in winter and often they’re people from the local area.

“While it’s inevitable that some parts of the holiday park might remain closed such as the swimming pool or on-site pub, there are ways we could reopen that maintains and encourages social distancing. For instance, the restaurant could be a takeaway and if communal areas were restricted, people would mostly be remaining either in their caravans or exploring the different areas on walks we have in St Ives.

“The local population is understandably concerned about a major influx of visitors but the reality is right now, the tourism industry which many people depend on is paralysed. Just from our business, our takings for April are 96% down compared to last year and we’re about to approach what normally would be the busiest time of the year.

“The truth is we’re going to have to reopen before long but we’d prefer if it was done safely so we can not only survive but do so responsibly. If we lose all of summer, we aren’t going to be able to recover until April 2021.

“At some point, there’s going to be a return to normality. But if we leave things too long as they are now there’s a very real risk that across society there will be essential services lost as there won’t be an economy left to support it.”